Jormungandr is so large that he cannot be affected by Hard Displacement instead he gets Dazed. Dazed is a debuff on Jormungandr that is a fading slow and increases the damage he takes for the duration. Any Attack speed past base reduces the cooldown rate of Jormungandr's Basic Attack.

Jormungandr fires noxious spit at an area that deals damage and creates a large toxic cloud. This field damages and slows Enemies inside of it every second. Jormungandr can have a maximum of 9 toxic clouds out at a time.

Jormungandr draws power from toxic clouds nearby while channeling for 1.2s. At the end of the channel Jormungandr roars dealing damage to all Enemies, trembling and slowing Enemy gods by 30% for 1.5s. Each cloud increases the size of Consuming Bellow and Empowers him up to 3 times while also dealing extra damage to Enemies hit. Extra damage after the first instance is halved. While Empowered, Jormungandr's basic attack fires at it's fastest rate.

Jormungandr submerges into the ground turning invisible as he searches for prey. During this time he moves faster and gains predatory vision, sensing all enemies in a large radius. Firing this ability while invisible reveals Jormungandr as he emerges out of the ground, knocking up Enemies around him. Taking damage from Enemy gods also breaks the Stealth.

Jormungandr prepares to enter into the world, enlarging as he prepares a devastating attack. After selecting a target area, Jormungandr flies into the air, diving down and crashing into enemies as his body then slams into the ground. He must travel 2 more times. When Jormungandr Emerges and Submerges during this ability, he knocks up Enemies and with each 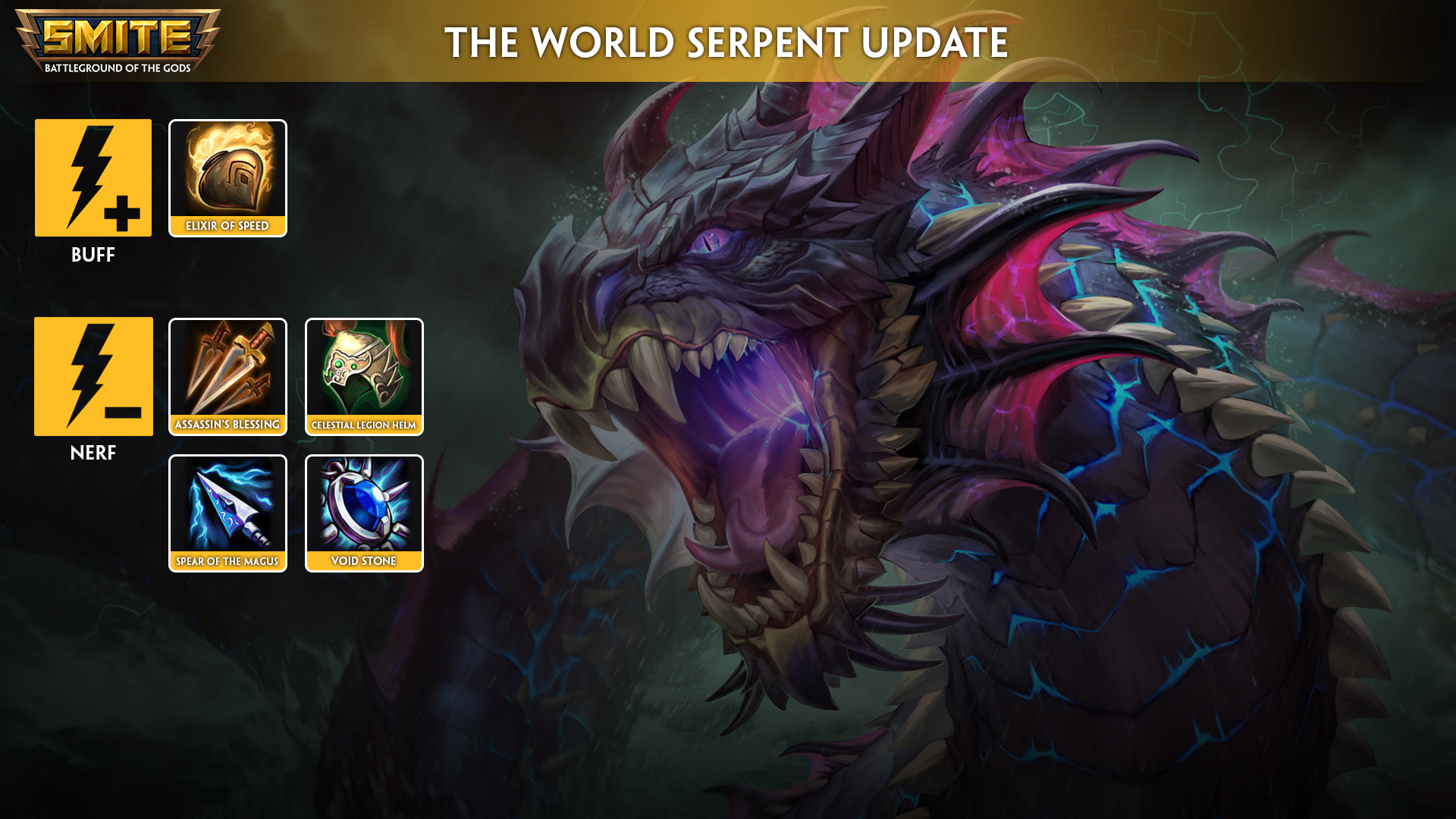 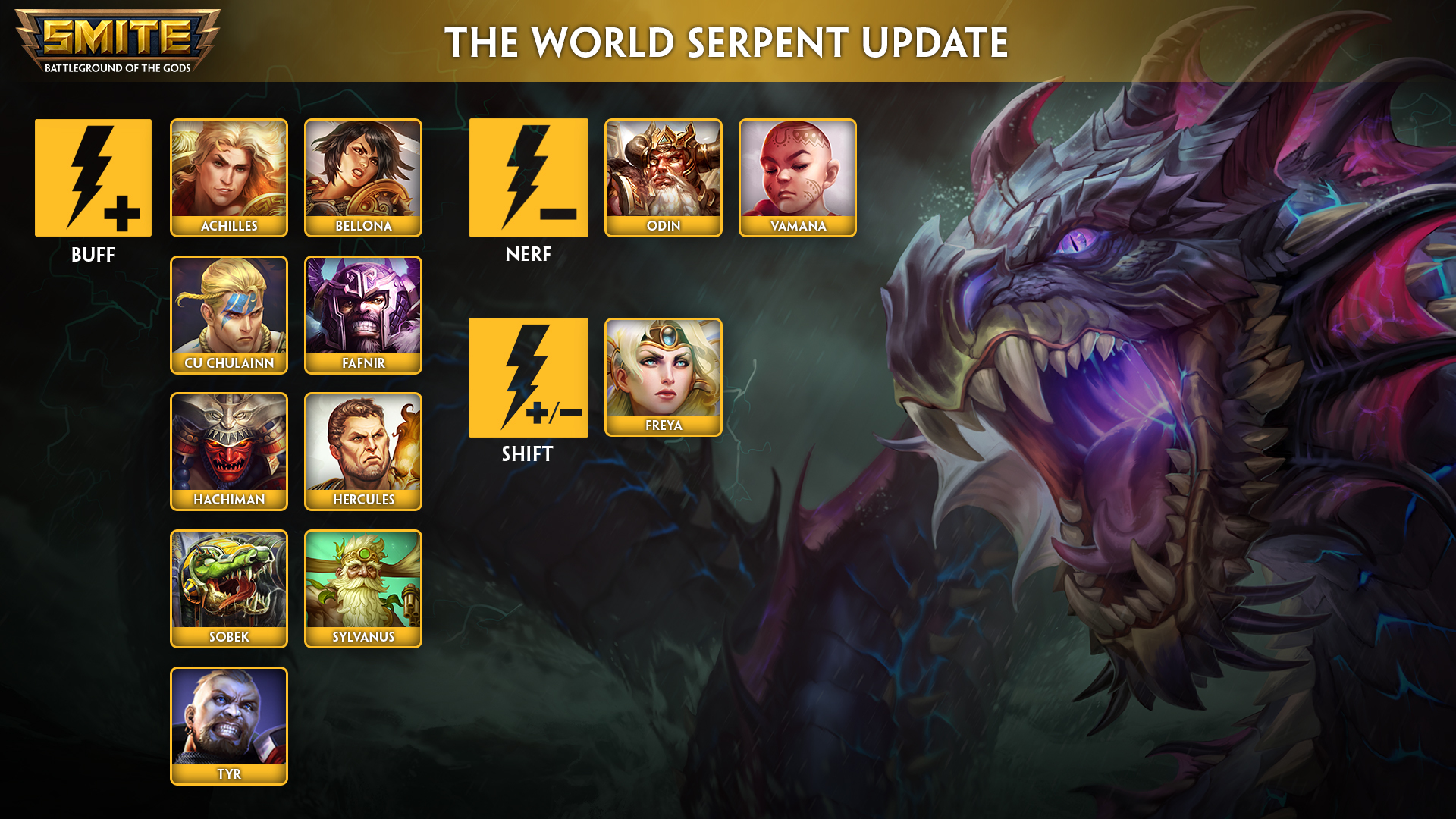 Click HERE to read the full patch notes for The World Serpent Update!